I use SendGrid to handle the sending of emails for within my Ruby on Rails apps. I am usually hosted on Heroku, so I’m a fan of using the SendGrid add-on, which configures two ENV variables SENDGRID_USERNAME & SENDGRID_PASSWORD for my application to use.

I received an email from SendGrid with the subject line “Authenticate with API Keys”, which stated they are deprecating using the username & password for sending emails with SMTP. Instead they’d like me to generate an API key with just enough permissions to send an email.

Annoyingly their documentation didn’t clearly state which permissions I needed to select that would give my API key the ability to send emails via SMTP. However, I figured it out & here are my notes :)

Within my Heroku App, I logged into the SendGrid UI via my resources panel, and then navigated to https://app.sendgrid.com/settings/api_keys.

On this page I clicked the “Create API Key” button, which opened the form to create an API Key and select the permissions I wanted to give that key access to.

For the permissions, I selected “Restricted Access” & gave full access to just the “Mail Send” option. This meant the API key I was creating would only have the ability to send emails, anything else would return an error. 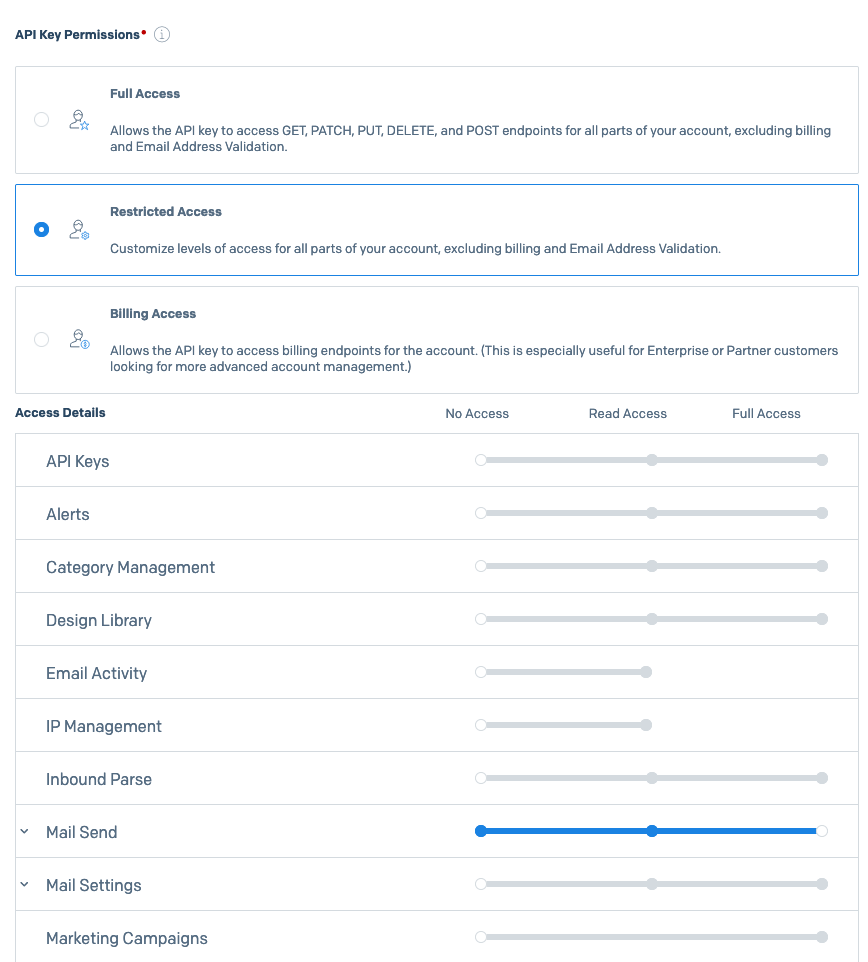 It then returned an API key, which I saved to my Heroku application as the ENV SENDGRID_API_KEY.

Ruby on Rails Configuration for ActionMailer

I store my ActionMailer configuration within an initializer stored in config/initializers/action_mailer.rb, which only configures the SMTP settings if the SendGrid ENV is present.

The two changes I had to make to this file were:

I only use SendGrid for sending a few transactional emails a day from within my Ruby on Rails apps, so this extra setup on top of configuring my DNS is kind of a pain. Though, I do feel a bit more secure that my credentials for SendGrid are now more limited in their abilities.

It would be nice if out of the box, the Heroku add-on configured an API key for just SMTP.